Home
Solutions
Initiatives
Publications
About Us
Login
Contact
Back
Solutions

The knowledge to act

Always a step ahead

No time to spare

Too much to lose

“We are continuously working to deliver a search tool that gives analysts unparalleled insight into the open web,” says Milan Žatečka, Product Designer of SV Search. “With SV Search 2.6, users now have access to a state-of-the-art OSINT search tool that can pull back the curtain on risks, threats, and opportunities.

The most exciting new feature for users is Semantic Suggestions. With this update, search users will be prompted with semantic suggestions while building a search query. Because SV Search detects meaning across the open web, semantic suggestions will help users identify connections that a simple keyword search engine cannot. 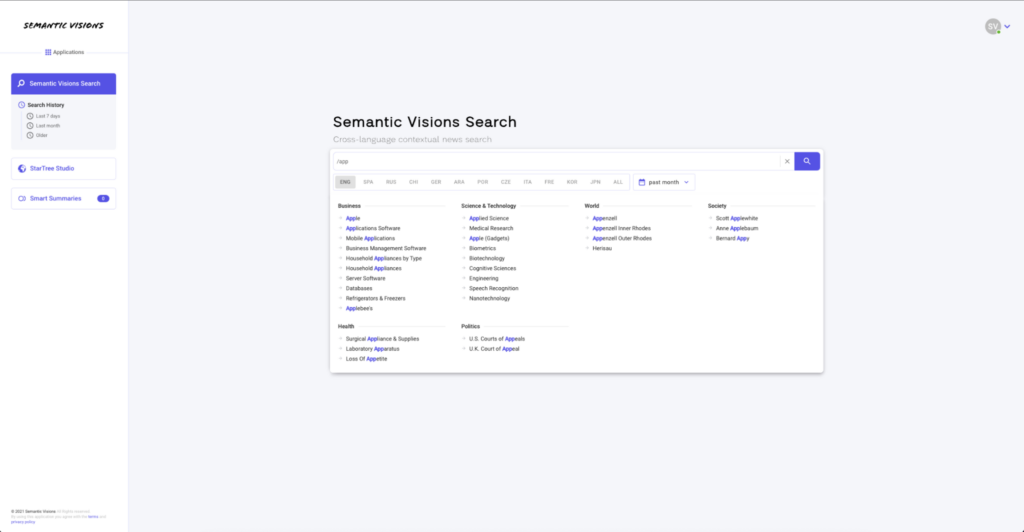 The second new feature is called StarTree Studio Search, which can be used to quickly navigate to the specific category represented by the StartTree node – a visual representation of Semantic Visions’ data. Search is enhanced with a live suggestion engine that can find categories based on string matches in real time based on user input. 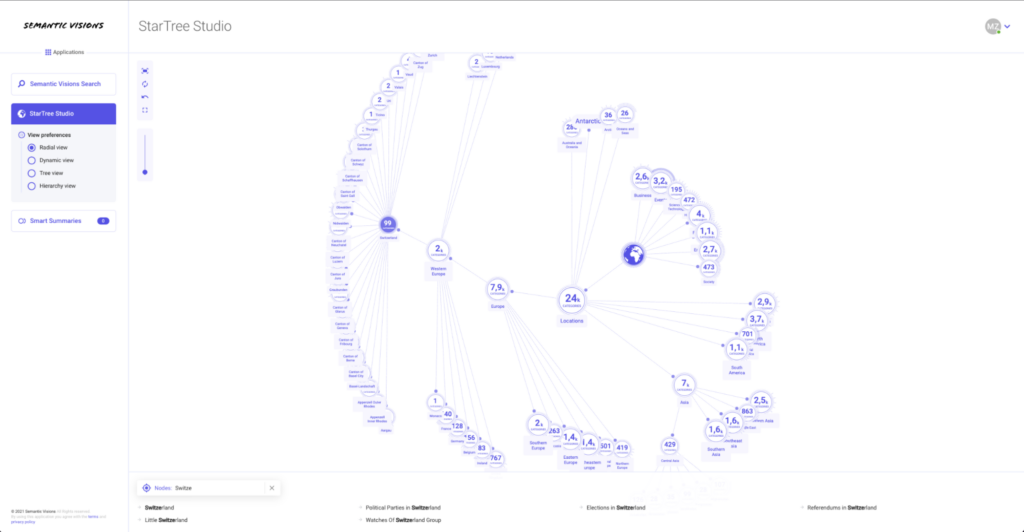 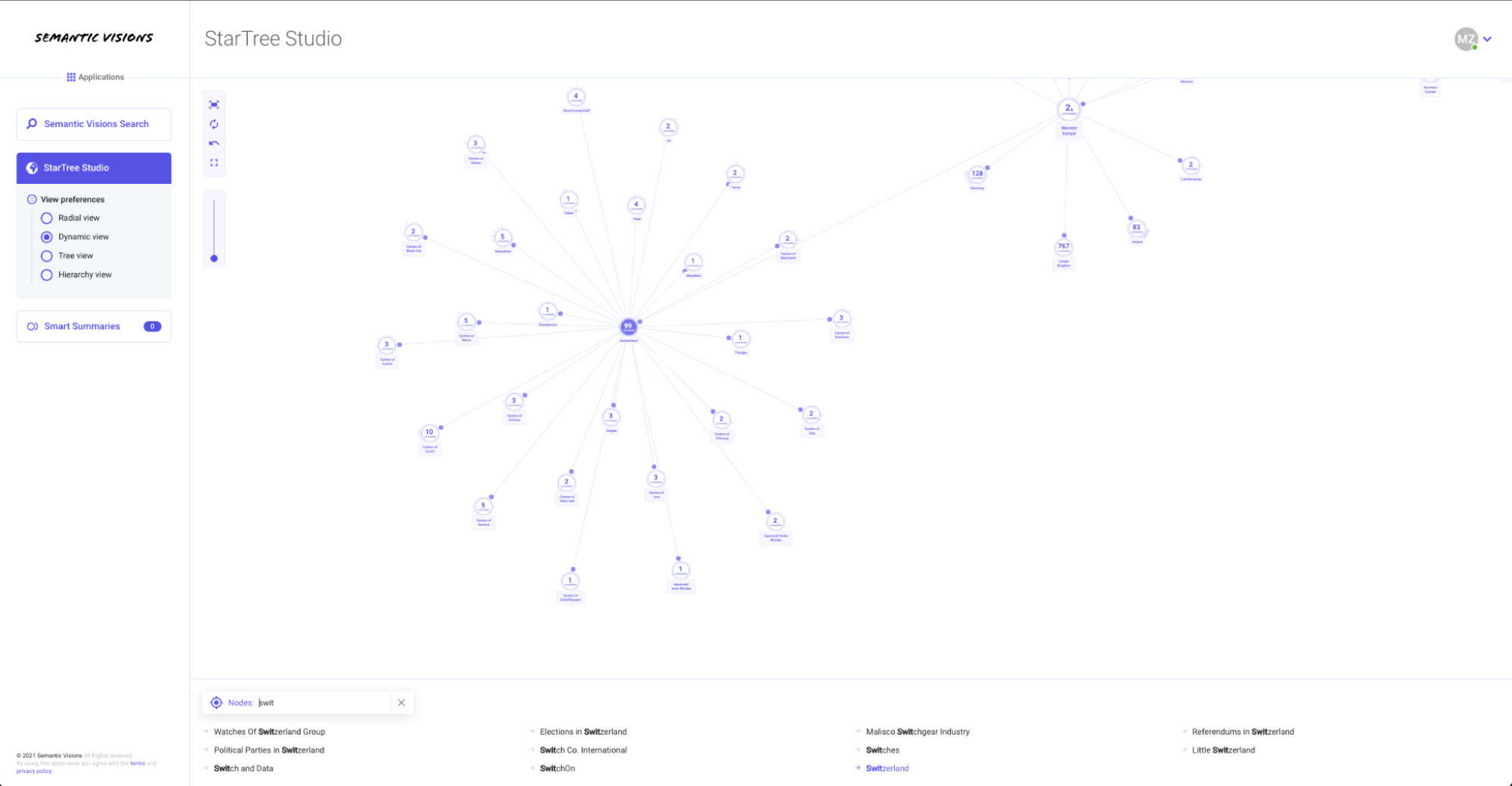 Finally, SV Search 2.6 comes with an  improved StarTree Studio view. With this feature, the general view in the interactive map of categories can be changed according to user preference. Users can switch between multiple views to achieve an optimal visualization to explore data (such as radial view, dynamic view, tree view, or hierarchy view). 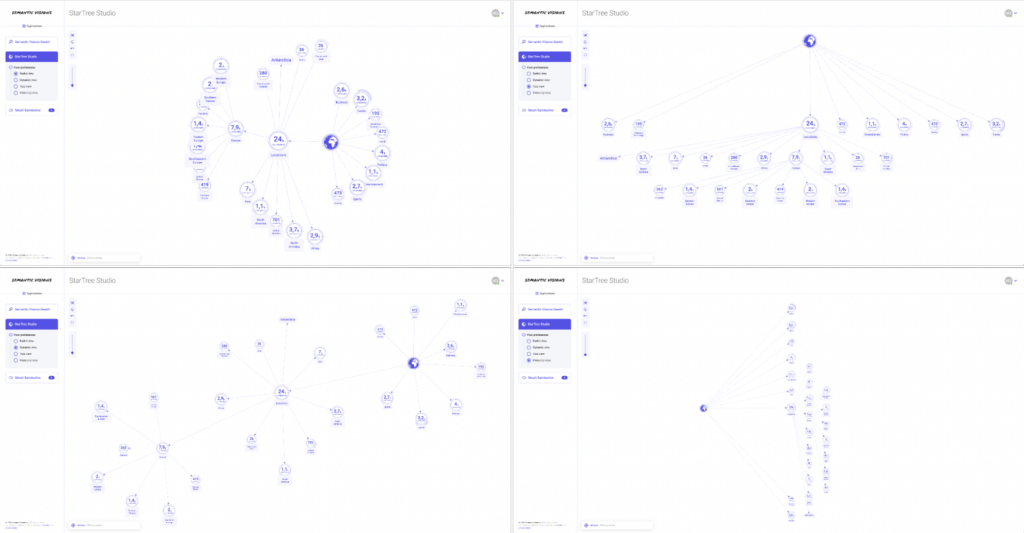 For more information about SV Search, or to request a free, no-risk demo, get in touch at sales@semantic-visions.com, or by completing our contact form.

Semantic Visions is a software-based actionable analytics firm based in Prague and London, operating a military-grade open-source intelligence (OSINT) system that collects and analyzes billions of online news items across 12 major world languages. Founded in 2011, Semantic Visions runs a cross-language early warning system to protect clients from threats before they materialize. In addition to business applications, we are committed to safe-guarding democracy through the detection of disinformation and adversarial propaganda, and by fostering joint situational awareness of emerging events and trends.

Let us help you with your security and enterprise needs.
Get in Touch

Entities we monitor in real time